New Podiatrist on the Block!

Dr. Daniel J. Spencer is originally a native of Houston, Texas. He went to Traverse City Central High school before graduating from The University of Michigan in Ann Arbor with a Bachelor of Science as a Philosophy Major. In his senior year, he served as president of both the Philosophy and Biology clubs at UofM. 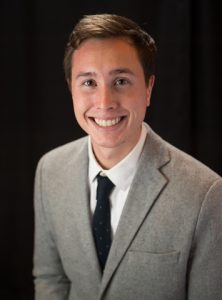 After his undergraduate education, he took a gap year to pursue other passions before attending podiatric medical school. During this time, he worked as a hiking guide in Denali National Park, Alaska, backpacked across New Zealand, and spent time in his mother’s native country of Thailand before returning to his studies.

While completing his four-year podiatric medical degree in Pomona, California at Western University of Health Sciences, he received the Dean’s Scholarship Award multiple years, and was President of the American College of Foot and Ankle Surgeons student chapter. Outside of his class work he contributed to both academic and non-academic publications for the Extremitas Journal of Lower Limb Medicine and the Humanism in Health Sciences magazine. He finished his clinical rotations at University of California Los Angeles- Olive View Medical Center.

Dr. Spencer then attended an extensive three-year foot and ankle surgical residency at HCA Houston Healthcare West, where he served as Chief Resident. Training under the guidance of over seventy podiatric surgeons, he performed over one thousand procedures in the foot and ankle. He has extensive experience in both forefoot and rearfoot elective cases, foot and ankle trauma, diabetic foot care, limb salvage, and complex reconstructive procedures. His training included rotations in general and pediatric orthopedics, plastic surgery, infectious disease, and internal medicine, among others.

When he is not working, Dr. Spencer enjoys all things outdoors, playing ice hockey, acoustic guitar, and spending time with family.

He is currently accepting new patients and would love to help you, your family, and your friends stay happy and pain-free on your feet!